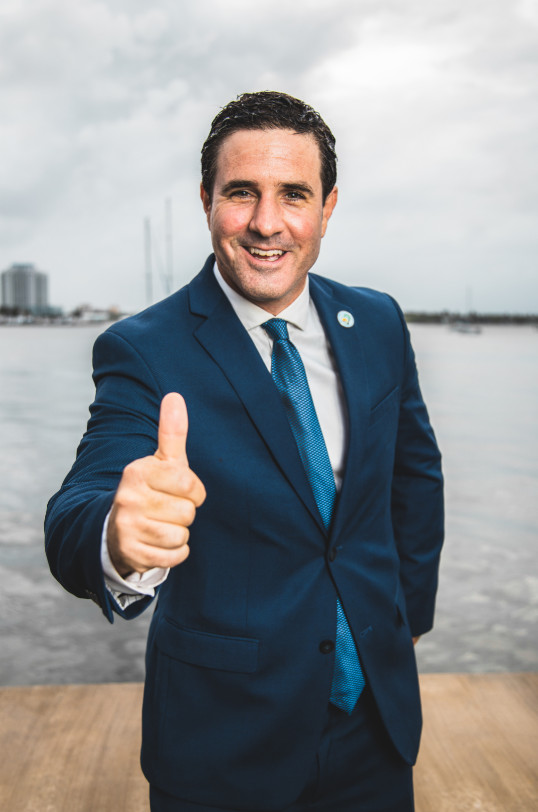 Mayor Brent Latham has lived in North Bay Village since 2014. In the Fall of 2018, neighbors throughout our diverse community supported his call for a more responsive, representative government to better address the needs of our Village. Mayor Latham’s current and last term runs through the Fall of 2024.

Mayor Latham has aspired to instill a sense of professionalism and purpose in North Bay Village. The early part of his term included stamping out mismanagement in the Village through the replacement of all charter officials as well as revamping multiple staff positions via engagement with the international management consulting firm Alvarez & Marsal.

Mayor Latham led the effort to establish a Sustainability and Resiliency Task Force to help guide our island village to become an authority on addressing climate change and environmental stewardship. North Bay Village is now recognized as a leader in the region on resilience, an important topic across coastal cities in South Florida and beyond.

Some of his other early initiatives included the construction of a community dog park, repaving and refitting Village streets after decades of neglect, and a Village-wide re-zoning to meet the NBV100 Plan pillars of livability, resilience and prosperity.

In his second term, Mayor Latham’s larger initiatives included: pursuing a partnership with Miami-Dade County Public Schools to construct a park and community center; an ambitious Island Walk project which aims to provide waterfront access throughout the city; and re-branding the Village with the creation of the Heart of the Bay Task Force, through the Mayor’s guidance.

Just prior to the end of Mayor Latham’s second term, he was re-elected in August 2022 to the Board of the Florida League of Mayors. He also recently hosted a meeting of all the coastal mayors in Miami-Dade County in collaboration with the Chief Bay Officer to address the declining health of Biscayne Bay. Mayor Latham is a vocal advocate for workforce housing and green building, having been a recipient of the 2022 Home Rule Hero Award for initiating a County-wide discussion on building safety after the Surfside Tragedy.

Born and raised in South Florida, Mayor Latham understands the distinctive issues that affect our Village. He firmly believes that the strength of our community lies in the diversity and resilience of our residents.

His more notable career experiences before becoming mayor of North Bay Village include time working on Capitol Hill, serving as a small business development Peace Corps volunteer in Central America, working as a project manager with the United Nations in West Africa, and playing a major role in the executive management of a non-profit organization addressing education and youth development issues in South America. Mayor Latham also worked as an operations and strategic communications professional for ESPN, FIFA and the Miami-based CONCACAF.

Mayor Latham is fluent in English and Spanish and proficient in Portuguese and French. He has a master’s degree in International Relations from the Walsh School of Foreign Service at Georgetown University, and also achieved a master’s degree in International Business Administration from Instituto de Empresa in Madrid, Spain, studying as a Fulbright Scholar.

His term as Mayor runs through the fall of 2022. 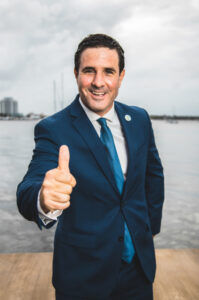 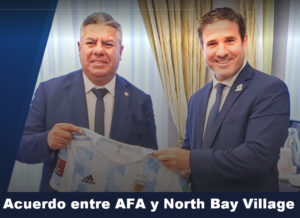 The multi-million-dollar investment in a world class soccer training center,... 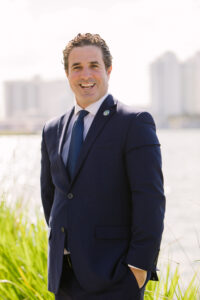 North Bay Village official recognized for advocacy efforts during the...